Much like the meticulous documentation of historical designers in the Global States, the Africa Fashion exhibition at the V&A Museum seeks to document African designers and creatives who have used their works to elevate the African continent.

Now, with the Africa Fashion exhibition in London— arguably the largest exhibition of African fashion, the projection of the African fashion industry is imminent. “Africa Fashion celebrates the vitality and innovation of a selection of fashion creatives from over 20 countries, exploring the work of the vanguard in the twentieth century and the creatives at the heart of this eclectic and cosmopolitan scene today,” Says V&A curator, Christine Checinska. The exhibition will have on display, 250 objects and designs, photographs and films from 25 of the 54 African countries.

Meet some of them and the sections they would be exhibiting under.

Lisa Folawiyo is a self-titled Nigerian label founded in 2005. It is known for its intricate use of Ankara fabrics as a base for design, matching it with other design materials like sequins and beads. “As well as achieving international recognition for her work, Lisa has successfully elevated traditional African prints, through her intricate beading and signature embellishment, making them relevant for a global audience,” says African luxury e-commerce platform, ONCHEK. With these bustling designs, they have catered to a wide array of clients beyond the African continent, and have graced runways like Lagos Fashion Week and GTBANK Fashion Weekend. A few apparels designed by the brand is up for exhibition.

Adebayo Oke-Lawal is the founder and creative director of Orange Culture Nigeria, and is known to use his androgynous label to make political conversations that the average African would rather ignore. Toxic masculinity, queerness, father-son-relationships and so on, are a few of the issues the Orange Culture Nigeria brand premises on. “Oke-Lawal isn’t afraid to use the bold patterns and colours known and loved about Nigerian fashion, allowing his brand to embrace local roots while creating statement pieces like daring crop tops and other nuanced designs,” says Design Indaba. Since premiering in 2011, it has gone on to showcase on local spaces like Heineken Lagos Fashion Week and Arise Fashion Show; and on international platforms like New York Fashion Week and Milan Fashion Week. For the Africa Fashion exhibition, a few brand pieces would be on display.

Rich Mnisi is a self-titled South African label known for its boundary-pushing silhouettes. “For the designer, the controversy is part of the point. He launched his gender-fluid brand with a goal to present an image of African masculinity outside of traditional ideals and start a conversation about it on a mass level,” says BoF. Mnisi is known to infuse his personality into the garments he produces, giving that taste of distinction and excellence. With a portfolio that bags collaborations with luxury international brands like Coca-cola and Adidas, the designer is joining its many African contemporaries to project the fashion industry in the continent. Since founded in 2014, the design label has been featured on multiple platforms like BoF, GQ South Africa, Vogue, etc, and would have a few pieces exhibited.

The South African self-named label, Thebe Magugu, has been on for years, but soon garnered international acclaim after copping the winning prize of the 2019 LVMH Awards. Thebe’s works are an elegant extension of the healthy relationship he shares with the women in his life. “Magugu has an extraordinary talent for telling stories that honour people through his clothes—with an explanation of how he became who he is through growing up in a family that enjoys clothes and dressing up, Vogue describes. We see that with each design element like colour, garment aesthetics or prints he infuses into his collections, lies a true love story of family and culture. The brand, founded in 2016 has a few pieces showcasing in the museum, under the Afrotopia section.

Nkwo is a leading Nigerian sustainable design label founded by Nkwo Onwuka in 2010. They’re known for their signatory use of denims to create garments that were delicately crafted with a kind of consumer who appreciates slow and delicate works, in mind. Each piece follows one of the reuse, recycle and upcycle routes. In 2019, she discovered her own kind of textile, called the Dakala Cloth, which is basically produced from loosening the yarns of old stock fabrics, and reweaving it using African traditional weaving methods. “I’m quite a big nature girl,” she says in an interview with Luxiders. “I’m interested in tradition and culture, and things that haven’t been documented. That is where I get my inspiration from, real lived experiences.” The Dakala Cloth would be on exhibition under the Artisanal section.

“Lagos Space Programme is quietly radical,” Nataal describes. “It deconstructs societal norms and champions a new African future. It’s where the past lives with us but doesn’t dominate and it’s offering a vision of possible tomorrows.” Non-binary Nigerian designer, Thompson Adeju, founded the Lagos Space Program label in 2018. It is a namesake label that is largely influenced by African culture and traditions. Thompson believes so much in the decolonisation of the African and Western minds— and by extension, its fashion industry; and therefore creates his own path at viewing and actualising things. For example, they refuse to produce garments according to “seasons”, and would rather name them as “projects”, as against the normalised “SS” or “AW”. A few of their pieces would be on display.

Founded by Moses Turahirwa in 2015, Moshions, a Rwandan label has gone on to be a global success. Although they use prints, bold colours and diversified styles to convey a message of individuality and rigid prowess, they’re also easy, soft and flexible. “Moshions is an ever-evolving creative manifestation of his love of discovery, play, and the beauty found in the details of the environments and culture that surrounds us” Rwandan media, The New Times, described. One of Turahirwa’s major goals is to be part of the African designers globalising the African fashion industry, and he’s well on his way to doing that. Just recently, he hosted his first menswear fashion show in Villa Romania, Florence. A few of their pieces would be up on display at the museum, under the Minimalism section.

Bubu Ogisi of Iamisigo is a Nigerian sustainable designer whose one major goal is to use her brand to decolonize the minds of people when they think about the African continent. "In 100 years, what will our descendants reference about us?" Ogisi asks in a CNN piece. "Are they going to be referencing Western pieces that we tried to Africanise, or this new age of African design that was able to bring the continent together? That's my long-term goal.". Her works seek to overthrow our biassed knowledge of African deities, helping us see and learn about them through a different, receptive lens. A few of her pieces, which was founded in 2009, would be exhibited under the Mixology section.

Sindiso Khumalo is a South African namesake brand that was founded in 2015. Khumalo graduated from Central Saint Martin, and was privileged to work with art maestro, David Adjaye, before founding her brand. For her, fashion is a tool for activism and politics. Her designs have earned her a sit as a finalist as a 2020 LVMH Prize competition, as they’re considered to be thought-provoking and feminist. “ Sindiso Khumalo is a healing agent that allows people who have been previously marginalised in society to have an opportunity to share in their stories,” she tells Vogue. [It] is about creating a space for women to gather, make, and heal.” Her works are  highly influenced by historical African women who have fought against the patriarchy and bias against womanhood. A few of her pieces would be on display.

“Tongoro is an African brand that dresses globally, and that will hopefully help the ‘Made In Africa’ label to become a gauge of quality,” writes Nataal. Sarah Diouf is the founder of Tongoro Studio, and is someone you would describe as a very futuristic designer. Her pieces are an exploration of the African woman, and everything that makes her, her. Fabrics are either monotone or dual-toned, and go through a series of processes like the infusion of technology, during production. The Dakar, Senegalese brand, founded in 2016 would have a few of its pieces showcasing at the V&A Museum.

Loza Maléombho is a self-titled fashion brand founded in 2009 in New York, by Côte d’Ivoirian designer. You would recall that star artists like Beyoncé, wore some of her garments during her Black is King album, partaking in the pivoting of the Loza Maléombho brand. The label makes fashion items from clothes to footwears, and has gone on to be one of the most successful Ivorian designers to emerge from the continent. A few of her pieces would be on display at the exhibition. “The silhouettes of Loza Maléombho celebrate the paradox of the old and the new, cultural and futuristic, and more specifically, the synergies, the contradictions and similarities between Ivorian tribal aesthetics and New York’s urban fashion,” describes Haute Fashion Africa.

We have seen how the history of designers in the Global States have been meticulously documented, giving young and modern day professionals something to reference during research. We at Marmalade Collective think that channelling this same energy at the exhibition which is slated to run from July 2nd, 2022, through 16th of April, 2023, is therefore a laudable development. 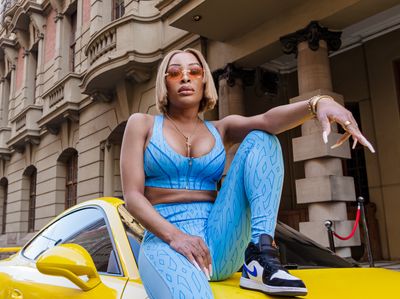 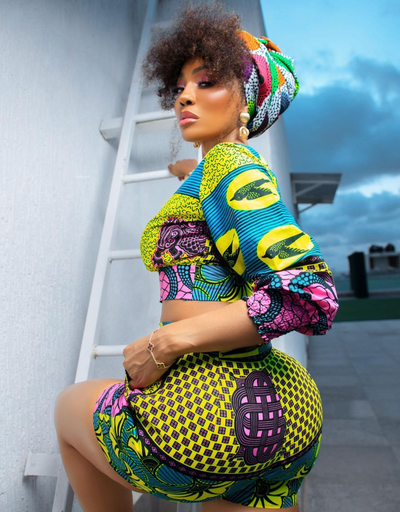 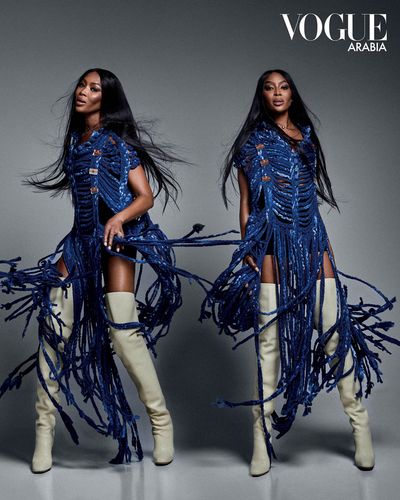 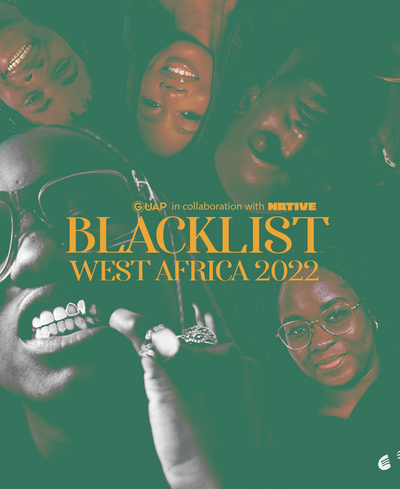 Guap Magazine and The Native Partner Together For Young Creatives 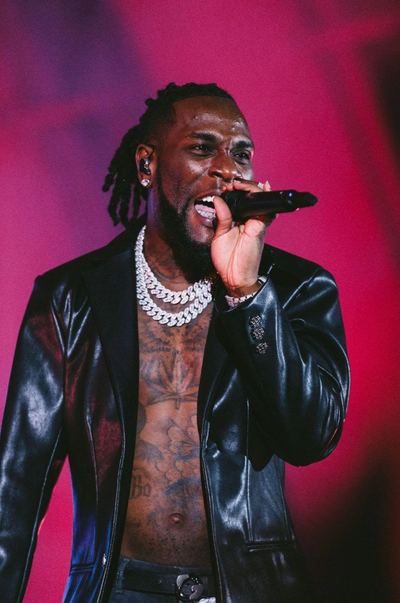 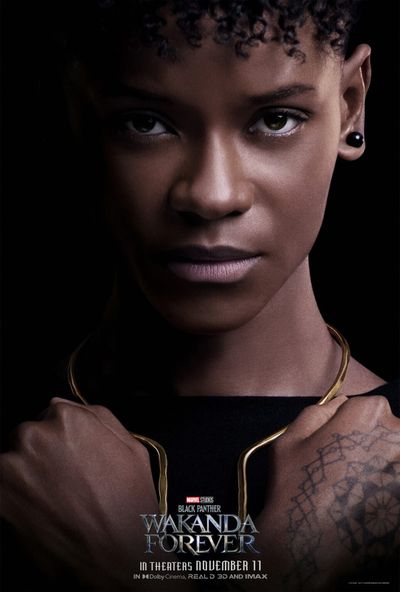 Michaela Coel Is The Cover Star For US Vogue November Issue