Over the years, we have seen how TV shows are influencing the fashion industry. From Blood Sisters on Netflix to Showmax’s RHOL, here’s Marmalade’s guide to a few TV shows you should be streaming in 2022 if you love African fashion and entertainment.

Industries and sectors across Africa are putting in the work to build very formidable ventures. From fashion and beauty to TV and entertainment, each of these industries are rising below subpar levels, to produce lovable and laudable contents for their audiences. As we already know, Africa continues to bustle with a lot of events, with its inhabitants constantly searching for reasons to show off what they wear— whether it’s birthday parties, church celebrations, obituaries, or the highly anticipated Owambe.

Not sure what we mean by Owambe? Check out this video

If you’re a lover of fashion and want to be part of the pepper dem gang with your outfits when you go for events, what better way to find style inspiration for your designer than to binge watch shows with heavy fashion scenes, whilst having fun in the process? If this is you, Marmalade has got you covered. For this piece, we would explore 4 African TV shows with heavy fashion you should be streaming right now.

Blood sisters, currently streaming on Netflix, is a Nigerian TV show that focuses on two friends, Sarah and Kemi played by Ini-Dinma Okojie and Nancy Isime, respectively. Kemi had to unwittingly kill Sarah’s fiancé, Kola, played by Deyemi Okanlawon, after finding out that she was being domestically abused. Beyond the thrill that comes with watching how these women escape death multiple times after the unfortunate incident with Kola, the high fashion especially scooped by the delectable Uduak Ademola, played by Kate Henshaw-Nuttal, had viewers gagging. “The costume in the movie suits every scene and role, and as the roles change, you see the change of costume, and you are able to see immediately the change of circumstances,” writes a NollyRated review. From one outfit to another, Uduak’s pieces which were styled by powerhouse stylist, Yolanda Okereke, brought a new conversation to the show.

Young, Famous & African is a Netflix original reality TV show created by Peace Hyde and Martin Asare Amankwa. Like the name suggests, the show focuses on young, famous African names, who have gone on to create envious  brands for themselves. Annie Macaulay-Idibia, wife to famous Nigerian entertainer, 2-face Idibia, Swanky Jerry, born Jeremiah Ogbodo, Khayi Mbau, singer, Diamond Platnumz, Naked DJ, Zari Hassan AKA Zari the Boss Lady, Nadia Nakai and Andile Ncube, are the cast members on the show. Each of these names are known for their glamorous lifestyles, which they have expressed explicitly through what they wear. “When you see a lot of the Western depictions of Africa, in a positive light, it’s usually tapping into our rich culture, our heritage, our traditions, our clothes, our food,” Hyde tells Quartz Africa. “But I really would love to see a cosmopolitan Africa.”

The Real Housewives franchise, Real Housewives of Lagos, RHOL, is also a reality TV show known for its casting of a select number of elite women in Lagos, Nigeria, who live lavishly and loudly in the country. The show which casts 5 women in the persons of Iyabo Ojo, Chioma Ikokwu of Good Hair, Carolyna Hutchings, Laura Ikeji, Toyin Lawani-Adebayo of Tiannah’s Empire, and Mariam Timmer, currently airs on Showmax, recently concluded, and had two reunions to go with it. “[The] fashion was spectacular. Every outfit the ladies wore was a hit, especially when they went out to dinner or a party. The ladies did an excellent job of establishing fashion trends that will live rent-free in viewers’ minds,” writes a Premium Times Nigeria review. Each of these women are known for their high fashion sense, exaggerated styles of dressing, and heavy makeup, wearing brands like Weizdhurm Franklyn, Tiannah’s Empire, DNA ByIconicVanity, and so on.

Directed by Rea Rangaka, Savage Beauty is a Netflix original series about a South African beauty empire that was built on the exploitation of the poor residents in underdeveloped countries, and the creation of harmful bleaching products. It starred actors like Rosemary Zimu, Dumisani Mbebe, Nambitha Ben-Mazwi, Jesse Suntele, and Nthati Moshesh, with a plot of revenge from the protagonist, Zinhle, played by Rosemary Zimu, against the antagonist family, the Bhengu family. Since it was a beauty brand, there was, by extension, the need to dress up for events where the elite family had to show up elegantly dressed, wearing original designers like Gert-Johan Coetzee, YDE, The Space, all styled by leading stylist, Sulet Meintjies. “Within the different characters and their different personalities, we want to show them through fashion. And pretty much those who are into textiles and fashion will be quite pleased from episode one to the final episode,” says Rangaka, to IOL. 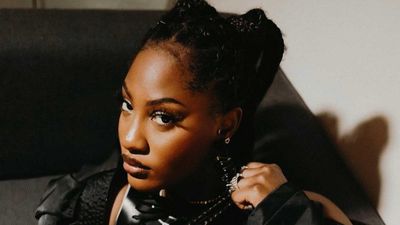 
TEMS, Gyakie and others, to perform with global stars at Global Citizens 2022

TEMS, Gyakie and others, to perform with global stars at Global Citizens 2022